This guide seeks to build on the powerful heritage of funding locally. We want to emphasize the range of opportunities for both established and emerging philanthropists—opportunities that allow them to expand their reach.

Now don’t limit yourself to your hometown or a place where you have roots or relationships. Instead, imagine you can do it anywhere in the world.

This is the promise—and the challenge—of funding locally in the 21st century. Philanthropists—no matter where they want to focus their giving—can use local relationships and local knowledge to seek impact. And they can do it while incorporating the same kind of thoughtful, effective strategy that marks the finest national and international philanthropy.

Of course, local philanthropy has a long and impressive history. Individuals have given to help communities where they feel a special connection over many generations. And community foundations have for decades epitomized the potential to build nonprofit capacity and philanthropy in a particular area.

This guide, part of our Philanthropy Roadmap series, seeks to build on the powerful heritage of funding locally. We want to emphasize the range of opportunities for both established and emerging philanthropists—opportunities that allow them to expand their reach.

What Is Funding Locally?

What is Funding Locally?

Funding locally can mean simply giving money to local nonprofits, a practice sometimes referred to as place-based giving. It can also mean thinking holistically about the needs and culture of a specific neighborhood, city or region before you write a check.

This strategic approach starts with understanding local priorities and then tries to align giving in concert with those priorities. Philanthropists who give in this way don’t seek to impose their will on a community, but rather to take the role of catalyst and growth agent, inspiring the evolution of both specific programs and overall nonprofit capacity.

In this sense, donors can leverage local knowledge and local relationships, engage other local donors and provide the means to inspire cohesion and cooperation. In other words, donors can help build change from the bottom up.

It can be a complex endeavor. It requires thorough research. It requires sensitivity and sophistication in networking, grantmaking and impact measurement. It also usually requires dedication and commitment from the philanthropists involved.

But the reward is well worth the effort. This kind of funding locally involves key players as it supports them. It can fuel the self-directed evolution of local communities. It can help bring sustainability to sometimes new and fragile networks. It can provide the opportunity people need to stay in their communities and thrive.

Is This a Good Fit for You?

Is This a Good Fit for You?

In philanthropy, one size does not fit all. Nor is every approach necessarily useful to every philanthropist. Here are a few questions to help you assess if funding locally, as we define it, might be worthy of more investigation on your part.*

Are you a bottom-up funder?

Funding locally can empower home-grown organizations to create their own ways to reach common goals. However, donors often give up some control when they use this approach. As the Charles Stewart Mott Foundation and the Aga Khan Foundation USA put it in one report: “Community philanthropy tends to operate from the bottom up, with local actors taking the initiative, while aiming to influence the way central authorities behave. Most international development tends to operate from the top down, as a central agency disperses resources to a range of local actors” (Source: “The Value of Community Philanthropy,” 2012).

How do you approach collaboration?

Do you prefer to give in an independent, traditional way— choosing nonprofits carefully and then analyzing impact to assess your grants? Or do you see your philanthropy in part as team-building—pursuing a community goal by engaging and catalyzing a variety of stakeholders, such as local foundations, nonprofits, community leaders, social entrepreneurs and residents? Both the independent and the team-building options can be effective ways to give locally. The biggest question is what style suits you best.

What does sustainable mean to you?

Many donors do not want to give to a nonprofit or social enterprise that has little staying power. Many prefer to support an organization with an established reputation and a strong fundraising apparatus so programs can be delivered for the foreseeable future. Funding locally, on the other hand, often means taking on higher risk as local infrastructure is developed to deliver local solutions. It can also mean engaging community leaders on a particular issue and encouraging residents to give and volunteer to support the project. This kind of funder might focus on investing in sustainability to help ensure that the funding builds stronger organizations.

Would you be interested in a local funding option that offered less risk?

Many national and international organizations have local affiliates which do wonderful work and perform vital roles in a town or region’s nonprofit ecosystem. The Red Cross and the Boys and Girls Clubs of America are two of many examples. These affiliates often offer stability and sustainability. Local faith-based organizations also provide an option. Donors, however, will want to make sure they get an answer to a key question before they proceed: How much of my gift will stay in my local area of focus and how much will go to the national headquarters?

Please see the title guide in this series, “Your Philanthropy Roadmap”, for a series of key questions to orient your giving program overall.

The proper aim of giving is to put the recipients in a state where they no longer need our gifts.
- C.S. Lewis

The anonymous donor who created the Fund for Gulf Communities (see case study in this guide) sees clear advantages to funding locally—advantages that extend beyond the direct impact of the programs the Fund supported in the wake of the 2010 BP oil spill. Here are four main benefits:

The community foundations engaged as partners in the Fund provided existing relationships and a deep understanding of the crisis, the community and the culture to the distant donor. This allowed creative, effective grants to be made quickly.

The Fund’s support gave the foundations themselves a chance to develop new sophistication in handling large grants and projects. This in turn has helped their ongoing fundraising. Now, when they approach local and national donors, they can demonstrate their successes as they make the case for new support.

The community foundations already had the convening power to bring together service providers and nonprofits. The Fund, with its emphasis on engaging the full breadth of the community in grantmaking, helped inspire the foundations to bring more voices to the table. By the end of the three-year cycle, staff and boards of all six grantmaking partners had evolved to better reflect the populations they served.

In August 2012, Hurricane Isaac hit the coastal regions of Louisiana and Mississippi. Isaac brought flooding, power outages, and property damage to many communities still recovering from the BP Oil Spill. Families were displaced. Industry disrupted. But community foundations reported that local nonprofits, strengthened by the Fund’s philanthropy, were better able to respond to residents’ immediate needs.

What to Look for When Funding Locally

What to Look for When Funding Locally

One way to approach funding locally is to examine not only your motivations, your goals and the issue areas you care about, but to study the existing local conditions in the town, neighborhood or geographical area where you have interest. The idea is to see if the local soil can support the philanthropic crop you hope to harvest. Here is a list of factors to consider as you create a possible strategy:*

Will you join forces with one or more community foundations? Will you seek to create project-based networks of nonprofits and other groups on your own? What team will you need to build to achieve the impact you seek?

Do the community foundations and nonprofits who may be your partners gather data on local needs and giving? Will they share it with you? Do they value input from local stakeholders? Do they measure their own impact?

Would your funding support a project that could draw on broad-based support from the community? To what extent would the project itself build unity? What sort of local volunteer support might your funding receive? Are there civic and nonprofit leaders who might consider joining your project?

The basics of good nonprofit work still apply—do the organizations that would put your funds in play demonstrate accountability and transparency? If these organizations are nascent, do they have partners to help with oversight?

Will local philanthropic money support the project? Often what matters most is not the dollar amount, but the engagement that comes when a resident or stakeholder gives at any level to a project.

Does your local focus area have a homogeneous population which might amplify the success of a project? Does it have the ability to leverage diversity to its benefit?

What are the laws and politics that might impact the project? This is of particular importance when funding locally outside the United States.

In philanthropy, as in most human endeavors, lasting change is elusive.

But when donors act to replace local dependency with local capacity, they can empower a locally-led and stakeholder-supported evolution of service. Responsive growth can become part of a project’s DNA. And change, fed by local needs and local dreams, becomes both durable and flexible.

As you consider pursuing your own plans to fund locally, you may well draw inspiration from an African example. The town of Matukano, Kenya “transformed itself from a poor, inaccessible and arid ‘outback’ into a thriving hotbed of people-led development,” according to a 2011 report.* Part of the story of Matukano’s success depended on its partnership with a key external funder, the Kenya Community Development Foundation. Here are six factors that helped make the Makutano philanthropy work:

The funder-community relationship is based on an understanding that residents are owners and agents of their own development.

This means supporting organizational capacity as well as concrete action plans. Analysis and planning can be funded as well as tangible assets and financial management.

Give Consistently and Consistent with Community Change

Keep your funding at a scale that doesn’t undermine community ownership or overwhelm capacity. Smaller amounts given consistently over a longer term can be very helpful.

Mobilize local resources as a means of increasing independence. Use matching funds to encourage other donors to contribute.

Finding Your Focus in Philanthropy 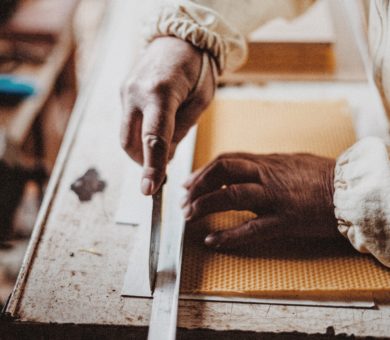 Launching Your Own Major Project 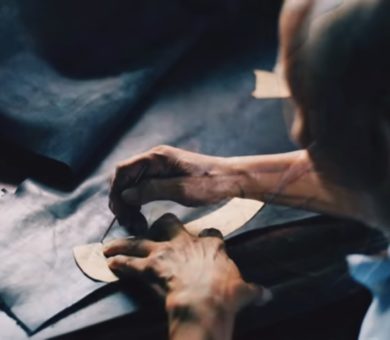