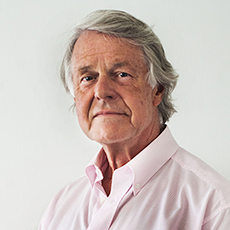 Rien van Gendt is the retired Executive Director of the Van Leer Group Foundation in Amstelveen, Netherlands. Previously, he worked at the University of Amsterdam, the Organization for Economic Cooperation and Development (OECD) in Paris, and served in the Netherlands as Deputy Secretary of the Scientific Council for Government Policy in the Cabinet of the Prime Minister and as Deputy Director of the State Administration Limburg. After his retirement in October 2007, he started Van Gendt Philanthropy Services.

Rien serves on the supervisory/advisory boards of several foundations, non-profit organizations and corporations in the Netherlands, Portugal, Switzerland and the United States, including the Bernard van Leer Stiftung, European Cultural Foundation, Edli Foundation, IMC Weekend School, Partex BV, GSRD Foundation, Jewish Humanitarian Fund and the Calouste Gulbenkian Foundation. He chairs the Board of Sofam BV, the Investment Committee of the Calouste Gulbenkian Foundation, is managing director of Partex Oil and Gaz Holdings BV and a Senior Fellow of the Major Alliance in the Netherlands. In 2005, Rien received the Distinguished Grantmaker Award in the United States and, in 2013, the European Philanthropy Compass Prize.