This short guide has been created as a resource for emerging and established philanthropists – individuals and families who want to respond to a disaster and see their funds have the most impact.

“We should do something.”

In the early days following a disaster, philanthropists naturally want to take action. With communities broken and people suffering, the call to give is compelling. If ever philanthropy should step up to help, many donors believe, it is in such times of dire and unexpected need.

However, donor urgency to act can lead to mistakes. In the confusion and uncertainty following a disaster, the haste to do “something” can end up creating more harm than good.

This short guide, part of our Philanthropy Roadmap series, has been created as a resource for emerging and established philanthropists – individuals and families who want to respond to a disaster and see their funds have the most impact.

Of course, a donor’s specific strategy will reflect the unique challenges presented by each crisis as well as her own expert and personal advice. Still, the best time to start thinking about giving in a crisis is before the crisis begins. To this end, we offer ten key thoughts to consider – a way for you to leverage the best practices developed by other philanthropists over the years.

Emergencies don’t eliminate the need for planning and strategy, they heighten it. The trick is not to wait until the emergency is upon you. Some donors create their own crisis plan with specific roles for staff or consultants and specialized resources. In developing guidelines, consider:

Timing: Where in the recovery stage do you fit in?

Decision Making: Who in your family or staff is designated as the lead to manage an efficient response?

Focus: To what types of disaster will you respond? What target areas or populations will you support?

Process: Is there an established vehicle for giving? Are there streamlined grantmaking processes in place for each situation?

Update your disaster plans periodically to ensure they stay up-to-date with your philanthropic interest.

Legendary UCLA basketball coach John Wooden used this phrase often to characterize an approach that combined readiness and responsiveness with good judgment. Solid research, cogent analysis and the ability to say no to a poorly thought-out proposal are all hallmarks of good crisis giving. It’s natural to feel an emotional pull to take action. But the impact of any action will be enhanced by taking time to learn the specifics of a disaster.

The stories of misdirected emergency aid are as common as they are painful. Because desperately needed medicine is labeled in a foreign language, it lies unused on the docks. Tons of donated food cannot be distributed because there is no security to ensure delivery. Truckloads of unneeded clothing arrive at the site of a flood due to early and erroneous media reports. Low priority aid can clog transport, storage and distribution and slow urgently needed supplies. Donors should keep in mind that cash grants are often much more useful than goods unless those goods come in response to a specific and credible request. And grants designated for general operating support can provide much needed flexibility and stability during times of crisis.

4. Reach out to communicate

Information is king during a disaster. But initial news reports can be misleading. Disasters can destroy communications infrastructure. National or international media reports about needs in affected areas can be untrustworthy and governments can skew the official story to serve political ends. Since needs often change dramatically from day to day, week to week, even established and authoritative sources may simply not know the real needs of the people and communities affected. Updates should come from trusted local sources and informants. This is where two-way communication is important. Donors need not wait passively for information to come to them. They can be active in seeking out local partners and NGOs already working in the disaster zone, not only to find out what is going on and what people need, but to ask if their ideas for philanthropic support might be useful. Donated services, such as those provided by teams of medical personnel, can help as long as they don’t duplicate resources already on the ground. And be patient— organizations may be responding to multiple inquiries from funders, as well as to the needs of the crisis, so response time might not be as timely as under normal circumstances.

This can be difficult and costly, but there are glaring penalties for lack of collaboration during crisis. Duplication, waste and poor prioritizing are among the pitfalls for funders who don’t work well with others. It’s worth remembering that philanthropy can play a unifying role in these situations, bringing together key actors across sectors. Philanthropists also can work with peers to pool funds and share information. A key strategy for funders is sharing information with other donors. In times of disaster, complex grantmaking processes and strict guidelines become less important than reaching out quickly to affected communities. Developing a streamlined application process and sharing with other partners can help resources reach communities more efficiently. After Hurricane Katrina struck in 2005, philanthropists joined to create a dynamic funder collaborative, the Gulf Coast Fund, which used a flexible approach to adapt its purpose and function to changing needs during the recovery process.

Communities recover from disasters over many years and yet crisis philanthropy often focuses only on the short term. “More than one-third of private giving is typically done within the first four weeks of a rapid-onset disaster, and close to two-thirds within the first two months,” according to a 2011 report by the Conrad N. Hilton Foundation. “Within five or six months, almost all of this giving stops.” Yet, the best role for philanthropists may not be as first responders. Sending the vast majority of resources into the disaster area in the very early stages can have significant drawbacks. Often, an effective approach is to split funding – initially supporting the capacity of groups that are already mobilized and deferring part of a grant for weeks or months to see what important needs remain after the first wave of relief aid. Communities eventually need to plan and rebuild, and philanthropists with the patience to fund these longer term efforts can make a huge difference. One of the best ways to support long-term recovery of affected communities is by giving residents tools and opportunities to help themselves. Involving beneficiary populations in decisions on how philanthropic resources are used encourages community recovery. RPA’s own Fund for Gulf Communities (see story on page four) has been an influential model in the lasting benefits of this approach. When communities can come together and help their neighbors, that can prove more effective in generating resiliency than when people from outside the community come in to provide services and then leave. Funders can also play a role in supporting disaster preparedness and prevention.

7. Monitor results and turn your experience into usable information

Lessons from one crisis can inform the response to the next. Funders who record their strategy and their outcomes—their challenges as well as their successes—add to a knowledge bank for other organizations. When such stories are made accessible to other funders, NGOs and governmental agencies, the ability to respond to the next disaster is enhanced. However, seemingly similar crises can have vastly dissimilar repercussions. Hurricane Katrina, for example, blighted an entire region; the rebuilding process has allowed new models of housing, education, health care and employment readiness to be built to scale. Hurricane Sandy, by contrast, left devastating effects on certain neighborhoods, but one mile inland there were functioning emergency services, hospitals and schools. A donor who tries to replicate the response to Katrina in the aftermath of Sandy will quickly become frustrated with the lack of systemic change they are seeking. Donors should keep in mind that different disasters will require different responses and should manage their expectations accordingly.

8. Increase impact by being flexible

Consider doing things differently in light of a particular crisis. Is there a local nonprofit organization which has not received a large amount of philanthropic support in the past, but is doing a great job now? Can grantmaking processes be streamlined? Is there an area you don’t normally fund, but which you can see represents a pressing need? The ability to improvise can prove valuable as the disaster changes over time. One important element of donor flexibility is being willing to support local institutions that affected populations know and trust, which may not always be the kind of nonprofits that you are used to funding. Building on existing capacity in a community affected by a disaster is important to long-term recovery, preparedness and mental health/wellness needs. Networks that already exist among local churches or other religious institutions, for example, might be better positioned to reach communities in need than a large hospital network or government agency. One thing to watch out for: opportunistic organizations can spring up in times of crisis that may not be trustworthy or knowledgeable about how to help people in need.

9. Do your due diligence

Many philanthropists wonder if they should give money to a big organization like the Red Cross in response to a crisis or if they should try to keep within the framework they’ve built for funding smaller organizations. There is no simple answer. Support to major aid organizations is vital. At the same time, philanthropists should keep in mind that big international relief organizations sometimes receive more contributions for a specific disaster than they can spend. There may be organizations you already know working to help affected populations whose response efforts you could support. These trusted partners may also be a valuable source of useful information.

Disaster-related grants can fit into a funder’s existing programmatic or geographic priorities. For example, a foundation with a program focused on youth can target its disaster response grants to help after-school programs expand to include displaced children.

Disaster strikes. Your heart goes out to the people suffering. Cities have been destroyed or flooded, families have been displaced. Disease is spreading. You have money and you want to help. But you don’t want to rush in and squander resources. How can you respond with appropriate speed and still give in the thoughtful, effective way you do normally?

The key to crisis giving is process not panic. For donors, that means going back to fundamentals—and that means, asking questions.

Here, the five questions of the Philanthropy Roadmap are pertinent:

Why are you giving?

What do you want to achieve?

How do you think change will happen?

How will you assess progress?

Who will join you?

Crisis philanthropy is no different than any other kind of giving when it comes to these core issues. What can be different, however, is the sense of urgency to address these questions. Donors benefit by gaining clarity about their values and motivations, their goals, their strategy, their ability to define and measure success and by thinking proactively about where they can find allies and partners.

It’s impossible to predict exactly how a region will bounce back from adversity or what aid will be most effective, but one thing is certain: philanthropy has a role to play in recovering from every disaster. And donors who balance courage with prudence will always contribute to those efforts. 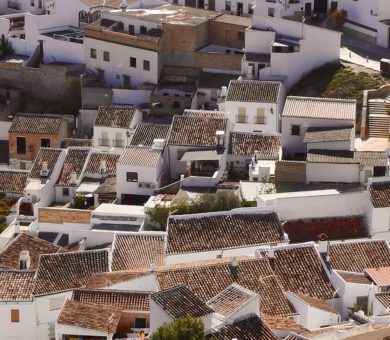